The Riverside Garden Project will see the development of a Riverside walkway through the Abbey Quarter site that will provide a link from the tea houses at Bateman Quay to Greens Bridge.
The park will consist of areas of high quality hard and soft landscaping, and will the first project to link the former Brewery site into the public realm of the city.
The project is expected to be completed by the end of 2020.
The Project is part funded by :
- Project Ireland 2040
(Urban Regeneration & Development Fund)
- European Regional Development Fund
(Designated Urban Centre Grant Scheme)
- Failte Ireland 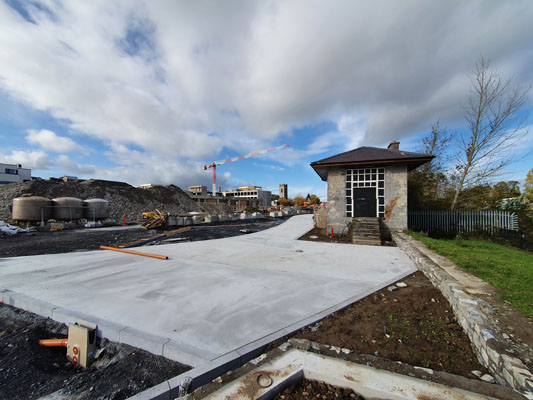 The Riverside Garden Project will incorporate the long awaited skate park for the city. The skate park is to be located in the area between St Francis Bridge and the River Breagagh and is being developed in conjunction with the Kilkenny Recreation & Sports Partnership.
A Participatory Design Consultation process was undertaken with the ain of engaging young people in thinking about public space in their city and to specifically identify young peoples needs and design requirements for a youth and skate park. Over 200 young people participated in eleven public engagement workshops. The consultation culminated in an on site co-design workshop, which involved a group of young skaters. This design workshop included the preparation of an outline design for the skate park and this draft design has formed the basis for the final design of the park. The contract for the detailed design and construction of the skate park was awarded to Spraoi Linn, with the detailed design involving ongoing consultations with the local skaters who participated in the consultation process. 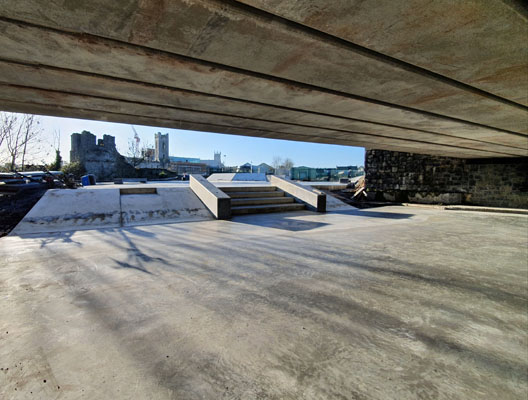 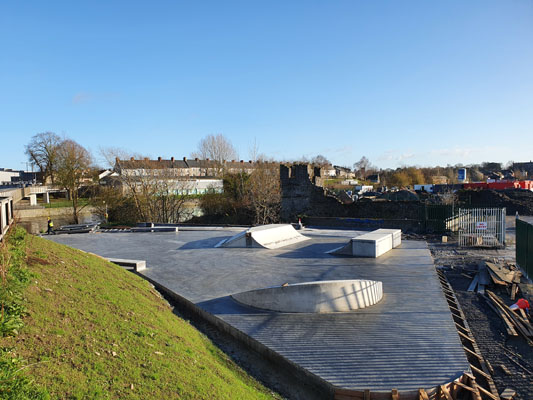 The redevelopment of the Brewhouse by Kilkenny Abbey Quarter Development Limited will also include the development of high quality public realm works by Kilkenny County Council along Horse Barrack Lane and in a new courtyard beside the Brewhouse. The removal of the boundary wall and railings to the former Brewery site will see the integration of the site of the former brewery into the streetscape of the city. 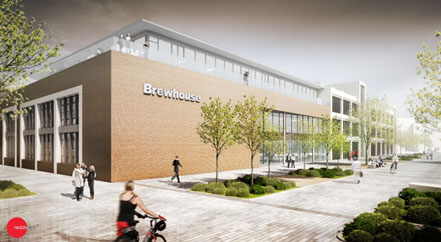 The key project to provide access to the new development plots in the former Brewery site is the development of the Urban Street, which will extend from Bateman Quay in the south to St Francis Bridge at the northern end of the Abbey Quarter. The street is to be developed as a pedestrian and cyclist dominated space, with limited vehicular access for deliveries, emergency and service vehicles. The street will Reconnect the former industrial site with the urban fabric of the city, creating a welcoming pedestrian and cyclist dominated area within the city centre.

The street will extend through an urban park, centred around St Francis Abbey.