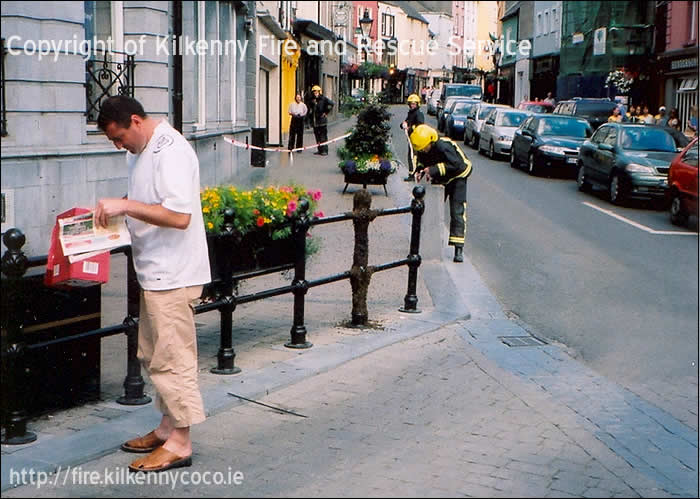 A stray colony of up to 30,000 bees set up temporary home outside the Allied Irish Banks in High Street, Kilkenny. The swarm commandeered a large section of the footpath, possibly attracted by flowers in full bloom. To the rescue went Kilkenny Fire Services, led by Station Officer Joe Traynor. They cordoned off the area occupied by the bees, warned locals and visitors and advised motorists to keep their car windows closed.

Then came a knight in shining armour, Croatian man Darko Polimac, an international chess master who teaches the board game in Kilkenny schools. Wearing only a white T-shirt and three-quarter length shorts he went to battle with the bees, armed only with a cardboard box and a newspaper. A former student of veterinary medicine in Croatia, he had studied bee colonies, knew their habits and set about rounding up the leader of the truant colony. He endured up to 20 stings as he fought to get the queen into the cardboard box, knowing that if the queen bee were captured her followers would surrender.